Minister Häkkänen: Law must be complied with in a state governed by the rule of law 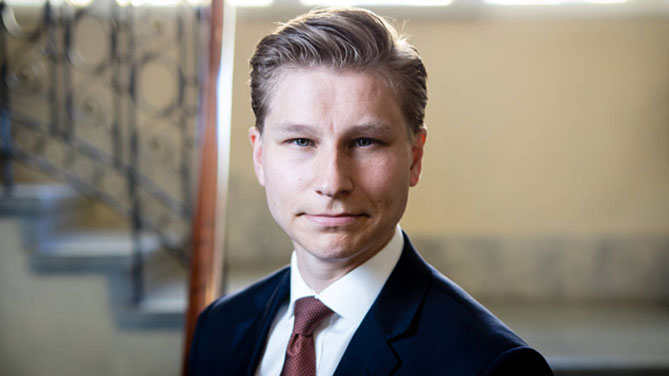 Minister of Justice Antti Häkkänen emphasises that compliance with law is one of the cornerstones of the principle of the rule of law. According to Häkkänen, efforts have been taken in Finland to systematically eliminate resort to unlawful self-help and high-handed methods that are not based on legal provisions.

“It is the basic premise and principle in a state governed by the rule of law that the legislator enacts the Constitution and other legislation within the framework of international human rights conventions, and courts then interpret and other authorities enforce this legislation. I consider it important that decisions made by courts are not questioned, but that change is sought through political decision-making instead,” Minister Häkkänen said when speaking at the Rule of Law Seminar in Helsinki on Wednesday 13th September.

Minister Häkkänen emphasised also that Finland must take an active role as a defender of the rule of law in EU discussions.

“The membership in the European Union obliges the Member States to ensure that human rights are respected and the judicial systems function well and retain their independence – and, in a wider sense, that the rule of law is respected,” Häkkänen said.

Minister Häkkänen stressed that the common set of values shared by the EU form the foundation for the European integration.

“I consider it important that Finland is prepared, should the need arise, to defend the rule of law in the EU also by resorting to means that have not been used before,” Minister Häkkänen said.

According to Häkkänen, the rule of law has significance also for economic growth.

“The independence and efficiency of the judicial system are competitiveness factors and play an important role for the economic success of our country. Therefore, we must remember that besides being a core value as such, the rule of law has significance also for Finland’s competitiveness,” Häkkänen said.

The Rule of Law Seminar is a joint seminar of the Legal Affairs Committee and Constitutional Law Committee of the Parliament, the Ministry of Justice, and the Association of Finnish Lawyers. The seminar is part of the programme celebrating the centenary of Finland’s independence.