Finland has the best elections in the world. And why is that 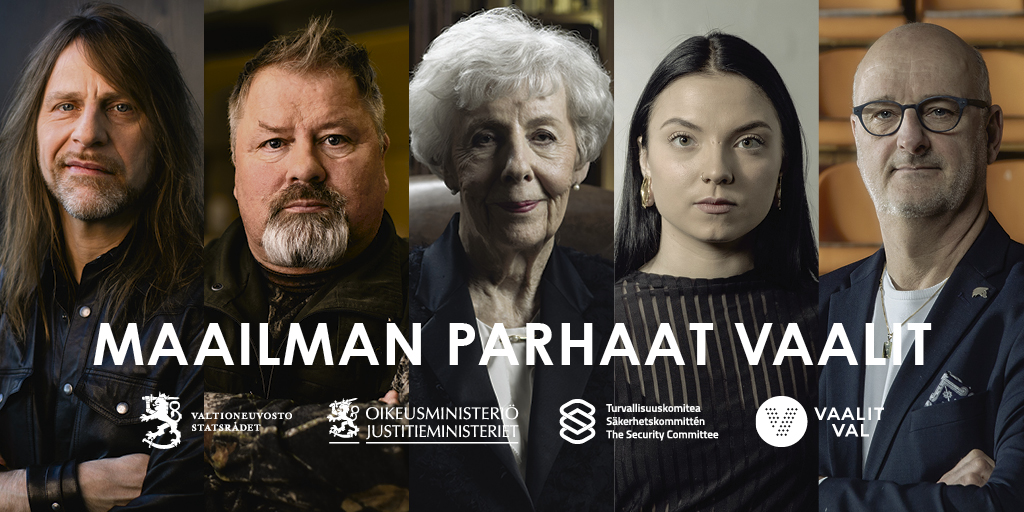 Finland has the best elections in the world. And why is that? is the theme of a communications campaign which the Prime Minister’s Office, the Ministry of Justice and the Security Committee are launching on 25 March 2019. They campaign to encourage citizens to use their vote in the upcoming elections and remind them why critical reading of media is crucial.

People supporting the campaign include Mrs Tellervo Koivisto, Chairman of the Board of Directors Heikki Hursti from Finnish charity Laupeudentyö, head coach of the Finnish national basketball team Henrik Dettmann, presenter and journalist Jone Nikula, and vlogger and presenter Veronica Verho. The campaign will be broadcasted on television, radio and social media and published in the press in the run-up to the elections.

Finland has the best elections in the world. And why is that (Youtube)

Why have a communications campaign?

Finland has been running elections reliably for more than 110 years.  This spring, that strong tradition will continue with the Finnish parliamentary elections and the European elections. Election organisation and management are still reliant on the tried and tested methods of pen, paper and voting booth. These reliable, dependable and information-secure tools will be waiting for the electorate on the early voting days and the election day.

Outside Finland, foreign and domestic attempts to intervene in elections have been revealed in various countries. The methods reportedly used include hacking, denial-of-service attacks, spreading of fake news, harassment towards candidates and parties, threats and bullying, trolling and the use of bot networks to steer the direction of debates. Identified attempts to interfere in elections have been thought to seek to influence the election results or to undermine confidence in their reliability. Their targets have included both electoral systems and processes, and election campaigns.

The purpose of this communications campaign is to increase public awareness of where to find reliable official information about the elections, what is meant by election interference, and how to recognise it and prepare for it. The campaign seeks to support democracy education by increasing awareness of the changes that have taken place in the information environment, and more generally of information operations.

How is Finland countering election interference?

Led by the Ministry of Justice, the authorities began preparations to fight election interference last year.  Preparedness is part of their statutory duties. As the world around us changes and new types of threats and risks are identified, the authorities will keep assessing the impact of such changes on Finland and the Finnish society.

Preparedness has included developing procedures and cooperation and providing training on how to counter election interference and respond to authorities, political parties and other bodies. The authorities maintain direct contact with social media companies. The preparedness activities have been themed around trust and how to maintain it.

Where to go for more information

For election information published by the authorities, visit the Ministry of Justice’s official election website at vaalit.fi. The website includes information on election interference and how to recognise it and prepare for it. Information is also available on Facebook at facebook.com/vaalit.fi and on Twitter at twitter.com/VaalitFI.