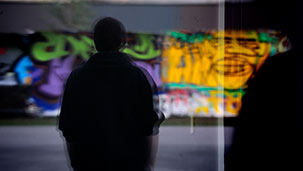 Hate speech is such a serious problem that the Government must define policies for its eradication. A working group that examined the phenomenon proposes that an action plan against hate speech be drawn up, a centre of expertise be established, and the relevant legislation be amended. Hate speech has harmful consequences not only for the victim but also for democratic society as a whole, the rule of law, and freedom of expression.

"Hate speech is fuelled by the social, societal and cultural reality that we live in. It is closely connected with the technical means available, especially the internet and social media. Essentially, tackling hate speech is a question of defending human dignity," says Archbishop Emeritus Kari Mäkinen, chair of the working group.

The independent expert working group appointed by the Ministry of the Interior, the Ministry of Justice and the Ministry of Education and Culture included representatives from the Office of the Prosecutor General, the Council for Mass Media, the Helsinki Police Department, the Advisory Board for Ethnic Relations, and the Union of Local Youth Councils in Finland, among others. Several researchers also participated in the work of the working group.

Amount of hate speech is on constant rise, but work against hate speech remains unorganised

The key conclusion of the working group is that work against hate speech is being carried out, but it is rather unorganised and lacks coordination. The work is mostly based on individual projects and therefore it is not very systematic. The amount of hate speech is on constant rise, and it keeps on taking new forms and being directed against new groups of people. The possibilities of victims to get help vary considerably depending on the case. The legislation does not provide tools to address the current situation.

In this context, hate speech refers to all forms of expression that spread, incite, promote or justify ethnic hatred, xenophobia, antisemitism or other hatred that is based on intolerance. Other forms of influencing, such as disinformation and fake news, are also associated with hate speech. The working group also dealt with targeting, which refers to a situation where a large group of people direct hate speech against a single individual.

Centre of expertise to collect and analyse information on hate speech

The centre would conduct studies on topical and important themes and follow the international development in the area. It would also monitor and coordinate the measures taken by authorities and civil society actors to fight hate speech. Information about hate speech should also be collected at regional level, and the authorities should make use of this information when they plan local and regional measures.

Finland’s national legislation does not include a definition of an offence called ‘hate speech’. Hate speech does, however, constitute a criminal offence when the essential elements of some offence are present. The most common such offence is incitement against a population group. Even in cases where the essential elements of any offence are not present, hate speech can constitute harassment prohibited under the Non-Discrimination Act or the Act on Equality between Women and Men.

The working group considers that hate crime related to freedom of expression should be made subject to public prosecution at least in situations where a person becomes a target of hate speech because of his or her official duties, work, or position of trust. If such acts were subject to public prosecution, charges for them could be brought even if the injured party did not demand punishment.

The working group also calls for more efficient measures to intervene in targeting, especially in cases where a person is targeted because of his or her occupation or membership in a given minority. The working group proposes that the Ministry of Justice and the Ministry of the Interior assess the needs and possibilities to develop the legislation in order to address targeting.

Instructions to schools on how to tackle hate speech

Schools and other authorities working with young people should be provided with instructions on how to intervene in online hate speech. The Finnish National Agency for Education is currently in the process of drawing up a guide for preventing bullying, including cyberbullying. The contents of the guide will be put into practice as part of the continuing education of teachers. The working group proposes that the procedures and instructions for tackling hate speech and cyberbullying be clarified, as clear instructions and foreseeable activities would strengthen young people’s trust that adults will intervene in hate speech and cyberbullying.

The publication Words Are Actions. More Efficient Measures against Hate Speech and Cyberbullying will be published in English in the near future.