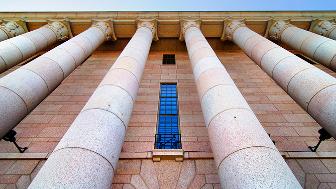 The first parliamentary elections in an independent Finland took place exactly 100 years ago. General Mannerheim, who was appointed Regent on 12 December 1918, dissolved parliament and ordered new elections to be held on 1 and 3 March 1919.

Prior to the elections, Finland was in political turmoil.  It was less than a year since the end of the bloody Civil War that had killed some 20,000 people during the war itself and another 13,000 in prison camps later. Parliament was short-numbered because initially only one of the 92 Social Democrat members of Parliament elected in the 1917 elections, along with another five later, took part in the parliamentary work. Many others had been convicted of treason, killed during the Civil War, or escaped to Russia. The Social Democratic Party was allowed to continue its activities, but it now adopted an anti-revolutionary and Western reformist approach.

Immediately after the war, Parliament had initiated measures to unite society. Despite restrictive measures such as temporary restrictions to the Act on the Freedom of the Press and the Assembly Act, more permissive legislation was also enacted, such as an act permitting tenant farmers to buy their land and an act pardoning the Red prisoners.  Parliament focused much of its attention on contemplating the form of government. Some members wanted Finland to become a kingdom while others were in favour of it being a republic. In December 1918, disagreement regarding the form of government led to the dissolution of two historical parties, the Old Finns party and the Progressive Finnish Party, and the formation of the monarchist National Coalition Party and the republican National Progressive Party.

A large number of German military personnel that had assisted government troops during the Civil War remained in the country until the autumn of 1918. After Germany lost the First World War, they left Finland.  Many countries, including Russia, the other Nordic countries, Germany and France had recognised Finland’s independence in early 1918, but major western powers, in other words the United Kingdom and the United States of America, had not done so, and it was evident that they wouldn’t until political stability was achieved.

All parties recognised the need for new elections. Election campaigning was fairly subdued, even though the Social Democratic Party was forced on the defensive. The form of government was a prominent theme: the Coalition Party and the Swedish People's Party were in favour of a monarchy while other parties preferred a republic.

According to standard practice at the time, elections were held over two days, on Saturday 1 March and on Monday 3 March. Pursuant to the electoral law in effect in those days, Sunday was not an election day. Even though voting was only possible on these two days, voter turnout was quite high at 67.1%.  A higher turnout did not occur until the elections in 1945.

The number of eligible voters was smaller than in the 1917 elections because many voters had either died during the war or been deprived of civic confidence in the post-war trials. The right to vote was based on slightly different grounds than it is today. You had to be 24 to be entitled to vote, but you were not eligible to vote if you were a soldier, under guardianship, a vagrant, on poverty assistance, living abroad, had a history of tax avoidance, were bankrupt, had been deprived of civic confidence, or had been found guilty of electoral fraud. The total number of eligible voters was 1,439,000.

The Social Democratic Party was the largest party with 80 seats in Parliament, even though it had lost 12 seats compared to the 1917 elections. The biggest winner in the elections was the Agrarian Union, which saw its number of seats in Parliament rise from 26 to 42. Of the new parties, the National Coalition Party won 28 seats and the Progressive Party 26 seats. The Swedish People's Party won 22 seats and the Christian Workers’ Union 2 seats.

The new Parliament assembled in the Heimola building on 1 April 1919, and immediately took up the issue of the form of government. Parliament adopted the Constitution Act of Finland in June, and Mannerheim, as Regent of Finland, ratified it on 17 July 1919.