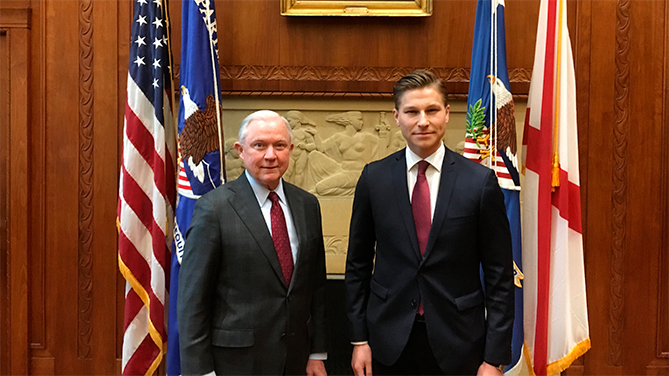 "The significance of transatlantic relations has constantly increased in the areas of economy and security. The world needs US–EU cooperation more than ever before. The front defending democracy, sound market economy and human rights must remain united. Strong cooperation between the European Union and the United States, especially in the fields of counter-terrorism and prevention of new kinds of hybrid threats, is extremely important. Reinforcement of this transatlantic security cooperation will also be one of the key themes on Finland's agenda during its EU Presidency in 2019," Häkkänen said after the meeting.

"We noted that hybrid influencing and especially electoral interference are significant threats to the democratic systems around the world. Today, every state is a potential target for hybrid influencing. The European Centre of Excellence for Countering Hybrid Threats, based in Finland, strives to improve the common preparedness to counter hybrid threats," Häkkänen said.

"We have good and broad-based relations with the United States and our expertise is appreciated. This was brought up in the discussion with Attorney General Sessions. The significance of the rule of law as the foundation for economic growth and development of societies was also emphasised in the discussion," Minister Häkkänen said.

During his visit to the United States, Minister Häkkänen will also meet congressional and NGO representatives, become further acquainted with the US legal aid system, and speak at an event arranged by the World Bank on new opportunities for civic participation brought by technology and artificial intelligence.