Targets of the Ministry of Justice 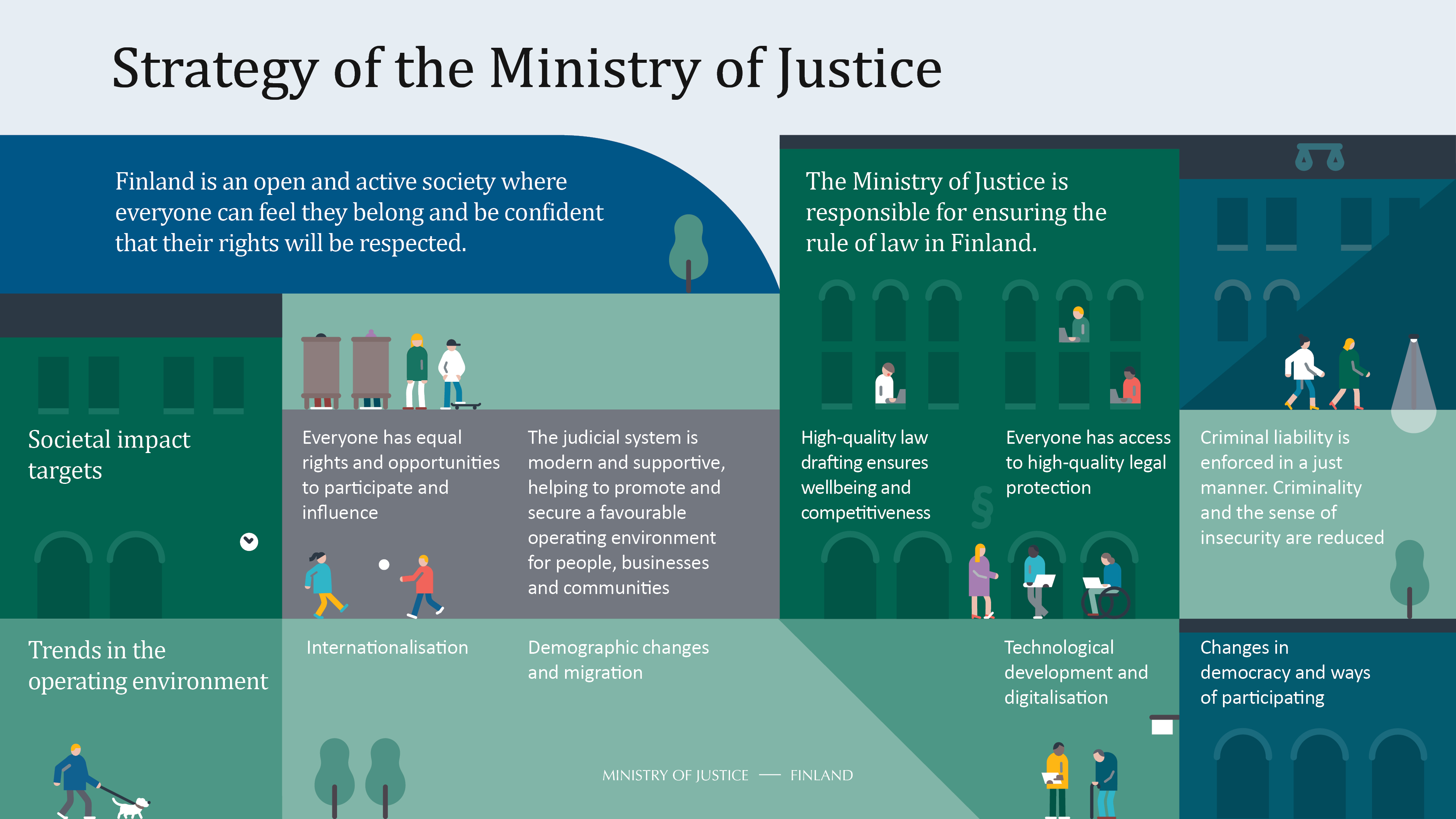 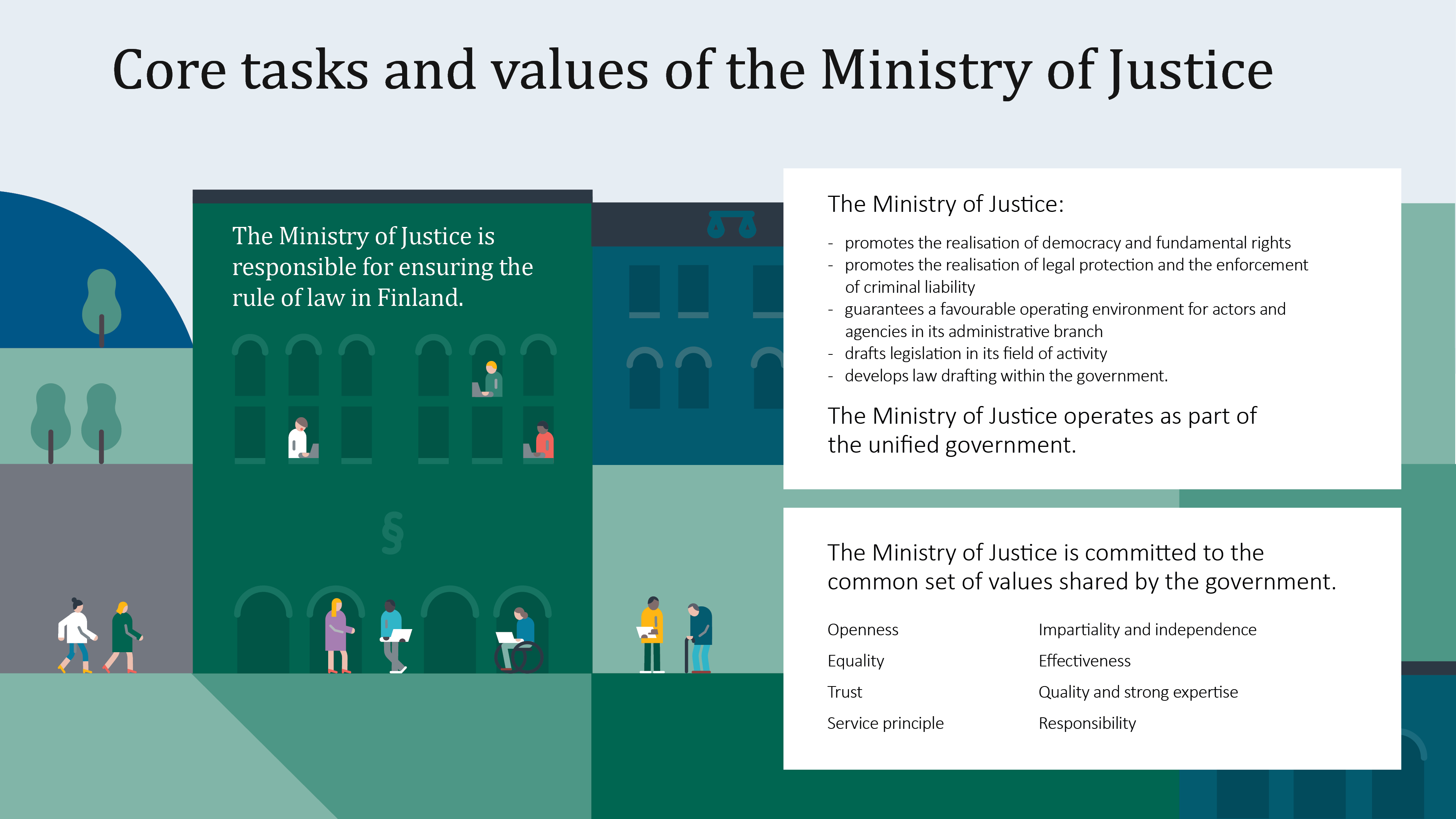 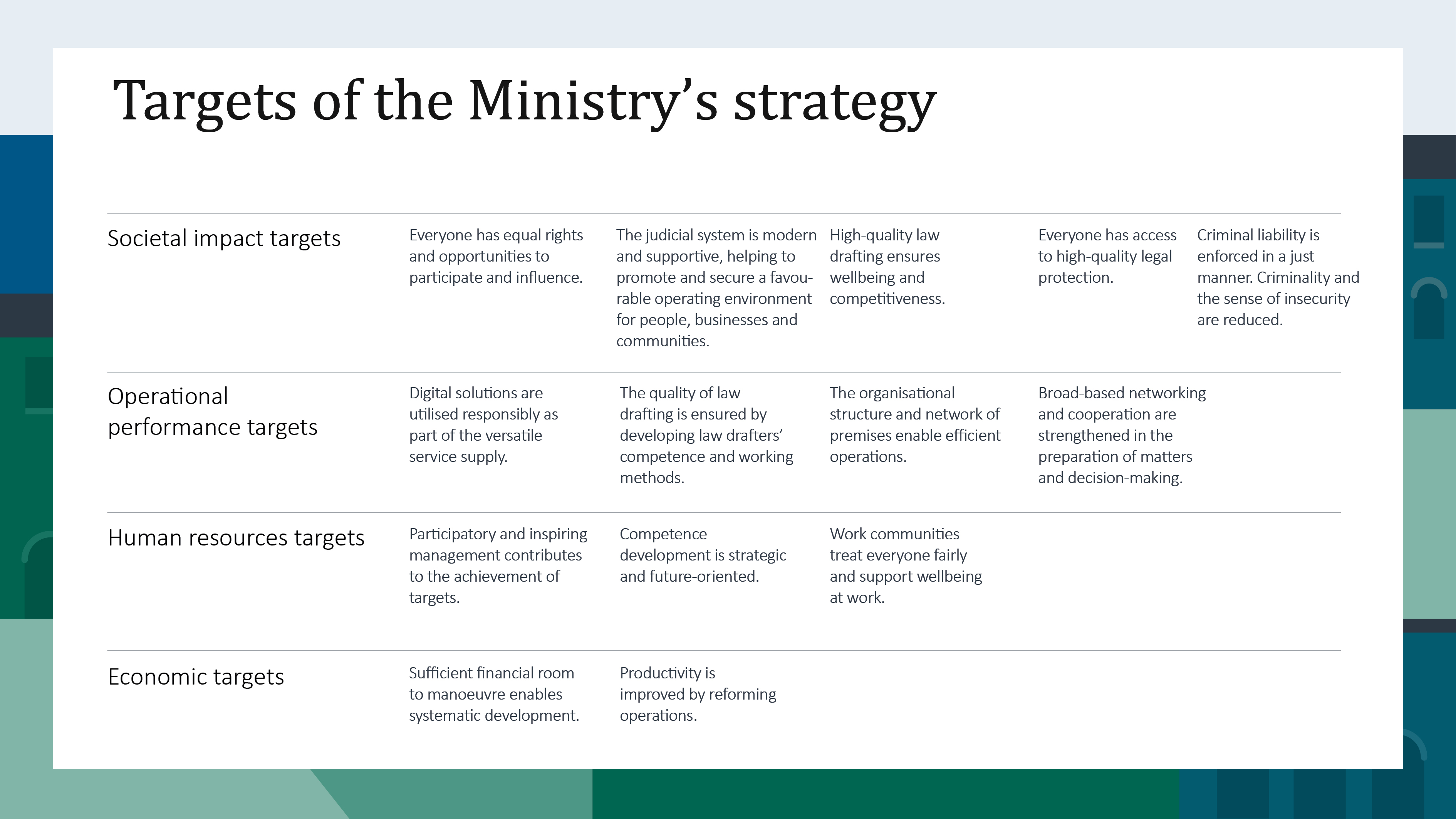 In fulfilling its basic societal task, the Ministry of Justice adheres to a high level of ethics and the common values of the central government, which are built on the principle of the democratic rule of law and the fundamental values of the Nordic welfare society.

The targets, measures and resources are reviewed annually, as necessary. The achievement of the targets set for the activities of the Ministry of Justice is assessed in the annual report that is part of the Ministry’s financial statements. Preliminary reporting takes place already in the half-yearly report to be drawn up in August, which includes an assessment of the foreseeable changes and risks in the operating environment and the means to manage them.