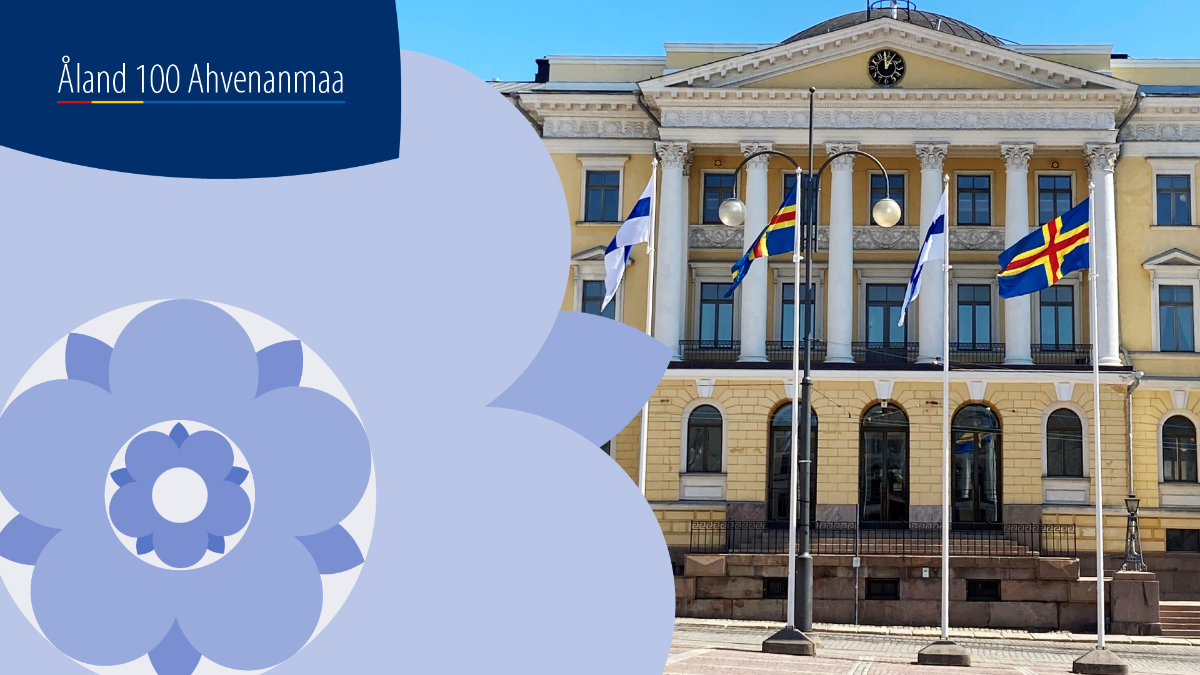 Åland will celebrate its 100th anniversary of autonomy on 9 June 2022. Exactly 100 years ago from that day, Parliament of Åland convened for the first time. Every year the 9 June marks the celebration of Åland’s Autonomy Day. This year, in celebration of the 100th anniversary, the festivities will not only take place in Åland but also in Helsinki on a larger scale.

The highest state representatives, President of the Republic Sauli Niinistö, Speaker of Parliament Matti Vanhanen and Minister Anna-Maja Henriksson, who is responsible for matters relating to Åland, will take part in the celebrations in Mariehamn on Thursday, 9 June. Prime Minister Sanna Marin had to cancel her participation due to catching the coronavirus. King Carl XVI Gustaf and Queen Silvia of Sweden will attend the festivities.

In Mariehamn, the State of Finland will award its 100th anniversary present to the autonomy of the province of Åland. The State will commemorate the anniversary with a professorship in the degree programme in law at Åbo Akademi University for 2023–2032.

Festivities will also take place in Helsinki where everyone is invited to the Senate Square on the Autonomy Day to taste Åland’s pancakes, enjoy music and follow discussions that celebrate the centenary of Åland’s autonomy. The event will take place on Thursday 9 June between 2 and 5 p.m. Coffee is available from 2 p.m. onward and the programme starts one hour later.

The event will be hosted by Janne Grönroos, and DJ Bunuel, singer Emma Salokoski and guitarist Jarmo Saari will perform at the Senate Square. Discussions will be held, for example, on the history and culture of the Åland Islands and the state of the Baltic Sea.

The Senate Square will be decorated with a flower pennant in blue, yellow and red. All those willing will get a flower to take home at the end of the event.

The 100 years of autonomy that has been celebrated in many ways this year culminates in the Autonomy Day. Everyone can take part in celebrations also by taking environmental action. The Clean up Åland project encourages everyone to clean up litter along the coast and in the environment between 6 and 12 June.

The themes of Åland’s anniversary celebration are closely linked to sustainable development and the Baltic Sea. The Clean up Åland project promotes the protection of the Baltic Sea and brings together new ideas for facilitating waste collection. Eutrophication in the Baltic Sea is a problem, but so is littering.

A prime example of a successful autonomy solution, Åland’s system of self-government is an integral part of Finnish democracy. It will be developed and fostered in cooperation with Åland.

Amendment of the press release: Prime Minister Sanna Marin won't attend the festivities due to catching the coronavirus.

Report: Democratic deficit among immigrants and multilingual Finns must be fixed

Speech by Minister of Justice Anna-Maja Henriksson at the seminar on demilitarisation and neutralisation of Åland 20.10.2021