Ministry of JusticeMinistry of the Interior
Publication date 18.11.2021 13.27
Press release 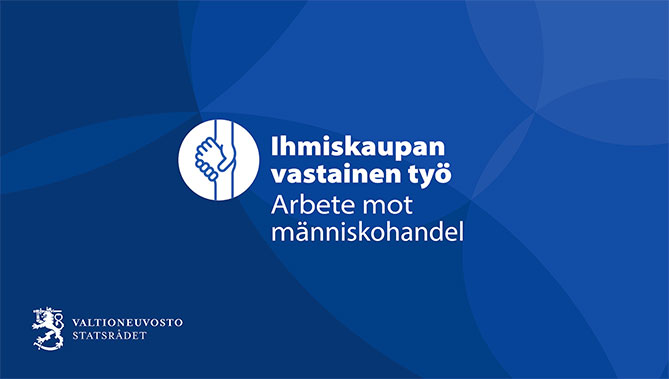 Trafficking in human beings is a global phenomenon, and even individual human trafficking offences often extend to more than one state. The ministers speaking at an anti-trafficking seminar in Helsinki on Thursday consider cross-border measures against human trafficking to be of utmost importance.

In her opening address, Minister of Justice Anna-Maja Henriksson pointed out that trafficking in human beings is a problem that affects society as a whole, seriously violates the victims’ fundamental rights, and weakens the ability of law-abiding companies to be competitive.

- Effective prevention of human trafficking requires political will and determined work. Human trafficking offences take a variety of forms, and the general tendencies of these offences and even individual cases often extend to more than one state. That is why Nordic and international cooperation is of utmost importance here. Anti-trafficking work is most effective when the entire society is committed to it, Henriksson stressed.

The ministers thanked the experts present at the seminar, coming from different countries and representing various international organisations engaged in anti-trafficking work, as well as the European Commission. The ministers considered it important that experts working at different stages of the relevant processes get to share their expertise with other professionals in the field.

- If we develop our expertise together, we will be stronger and better prepared to respond to the needs of the victims, bring the perpetrators to justice, and protect society as a whole from trafficking in human beings,” Henriksson said.

Trafficking in human beings is often hidden crime, which is why more active detection of these offences is required in addition to investigative measures.

- It is important that criminal liability is realised throughout the chain of exploitation, particularly sexual exploitation, said Minister of the Interior Maria Ohisalo.

Trafficking in human beings has also been identified as one of the European priority crime areas.

- Finland is actively involved in planning and implementing measures under this priority, Ohisalo continued.

The seminar will continue with afternoon workshops and an evening event hosted by Minister for Foreign Affairs Pekka Haavisto.

Read more about the seminar.

An autonomous and dynamic civil society for all

Opening speech by the Minister of Justice Anna-Maja Henriksson at the seminar on Nordic Best Practices against Trafficking in Human Beings 18.11.2021